Details and Specifications of Kaiala (This design is available for construction)

‘Kaiala’ (which means welcome to the Gold Coast in the local aboriginal language), is an 18m Whale Watcher, custom designed for Anthony and Keith Ahdern of “Whales in Paradise.” This design is based on one of the previously proven hulls “Seacat 18” and adapted to suit the client’s special operational requirements such as low air-draft of 4.3Metre (max) for passing under low bridges in “Surfers Paradise” and low draft of 1.4Metres with mini-keels for the shallow water operations of the Gold Coast broad-water. She is also able to ply in coastal operations with up to 130 passengers, viewing whales off the Gold Coast of Australia, where she will do three hour trips per day during the whale watch season (which is around 5 months of the year). During the rest of the year she will do day trips to Morton and Stradbroke Island and special charter functions during the evenings.

The versatile nature of the operations called for a custom layout and special features:

Powered by twin 510 H.p. Cat C9 engines, the top steed at sea trials was 24-25 knots burning a total of 196Ltres per hour, with a comfortable cruise speed of 20 knots burning around 130Ltrs per hour @ 70% load. The first design was built by an Australian Thai Team to Australian NSCV code. The design was approved in Australia and a surveyor inspected the vessel four times during the build, with a seperate electrical surveyor signing off on the electrical installation and suppling components. 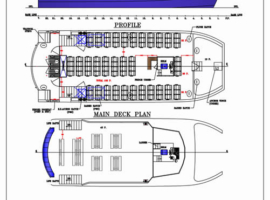 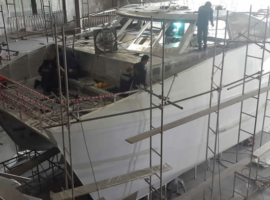 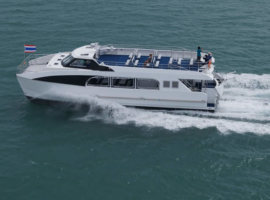 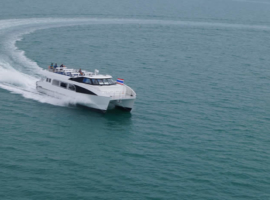 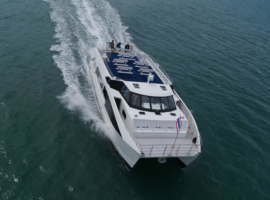 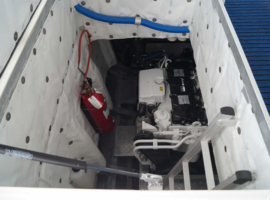 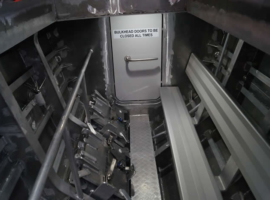 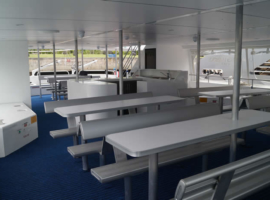 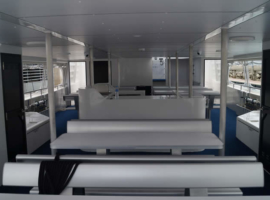 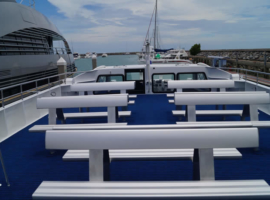 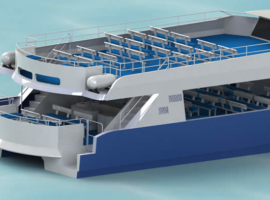 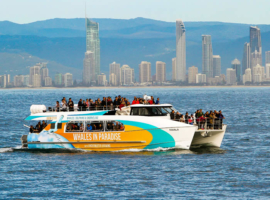 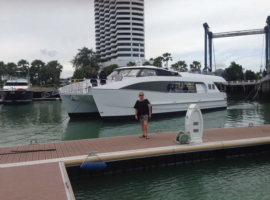 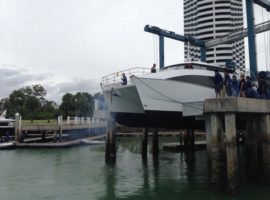 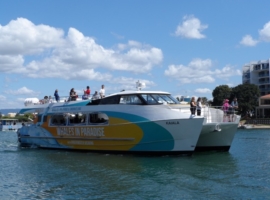