Details and Specifications of Surf Cat 850

The outboard powered cat has been designed to operate in coastal waters and carry out beach landings in rough surf conditions, thus dubbed the “Surf Cat” (named after a once popular fibreglass power cat which was used by the volunteer surf lifesaving organization in Australia).

The cat is based on our previous “Seacat” planning catamaran designs and has been developed to be very strong and sturdy and consequently last a lifetime. The aluminium structure is in accordance with Lloyds SSC code requirements.

The layout in this version is quite simple, with perimeter seating and a raised helm and forward passenger seats. The fore deck is accessed be a centre stairwell to allow the crew to easily access and dispatch the forward anchor when backing on to the beach.

The hull is subdivided into six separate watertight compartments, which are accessed by fabricated aluminium hatches. It is a deep vee symmetrical hull form with hard chines and spray strakes. The wing height is high enough to avoid slamming.

This design has many applications for both commercial and private uses and is very versatile, perfect for a fishing boat or as a diving boat. Having been developed into an aluminium kit which is computer router cut, the vessel can be delivered within a very quick time frame. The prototype was completed at our Thailand Factory in July 2019 and the sea trials showed excellent sea keeping characteristics, we were amazed how good a sea boat she actually is for her size. 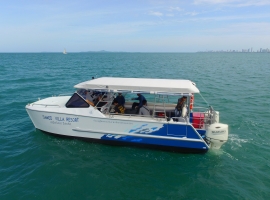 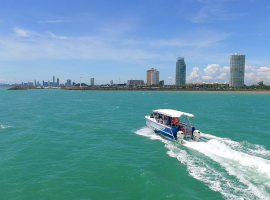 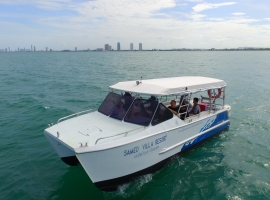 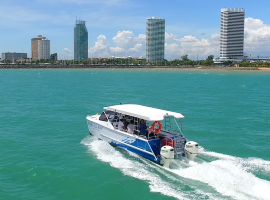 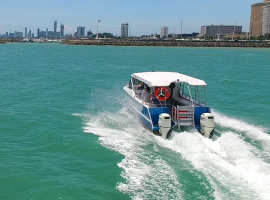 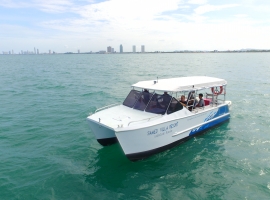 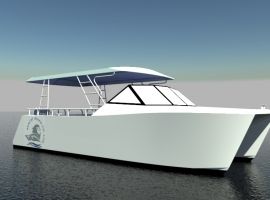 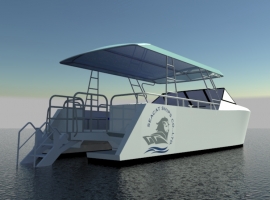 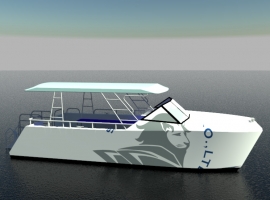 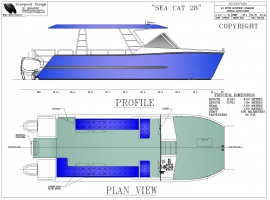